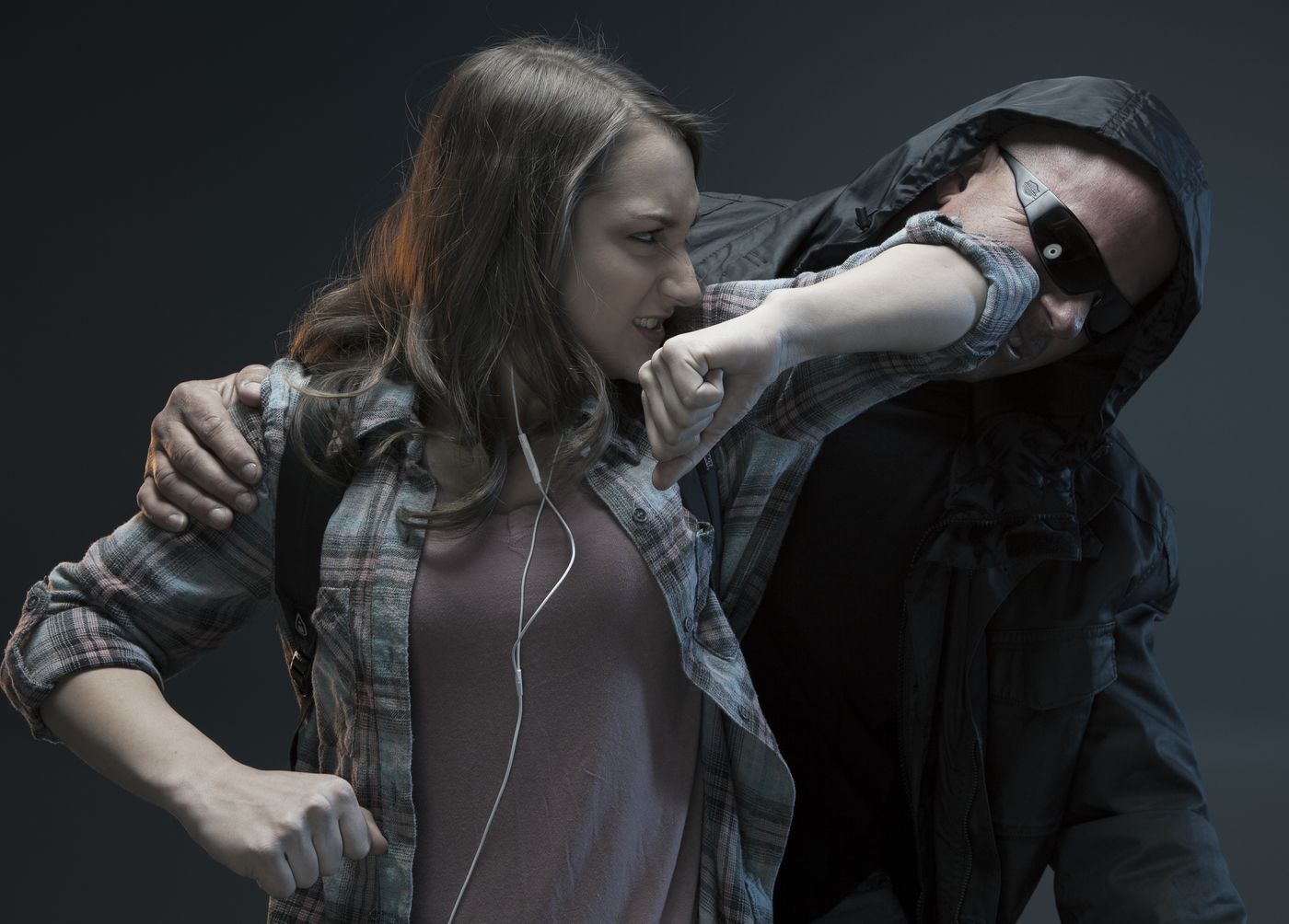 The Forgotten Importance of Self-Defense

When I started doing karate here at RMAI, I was mainly in it for the exercise and physical

conditioning aspects. It wasn’t until I began moving up a few belts that I really started to pay

more attention to perhaps the most important nuance of martial arts…self defense.

If you go back and study the origins of our two parent styles, Tang Soo Do and Taekwondo,

For those who have taken a class here with Master Celona, you’ve probably heard him talk

techniques during times when you don’t have a partner available. For example, while the first

punch can help to initiate a throw as you go into the 270 degree turn towards your right side.

setting, you just have to be creative enough to look past the surface.

I say all this with the assumption that most people, including myself, don’t understand that the

self defense portion is woven through almost every facet of martial arts training; and that is not

the fault of any one person in particular. Karate has changed over the years. People no longer

have the threat of life ending duels or samurai fights to worry about. Through modern evolution

and the Hollywood spread of martial arts with movies like “The Karate Kid,” fighting has become

more sport and competition forward rather than a tool someone uses to protect themselves.

set of pros and advantages, however, as safe as we’d like to think that the world may be at

times and that we are in no threat of physical danger, that is unfortunately not the case.

Because I recently binged the new season of “Cobra Kai,” I’m going to quote Mr. Myagi; when it

comes to self defense, “the best defense is no be there.” In other words, the best way to defend

yourself is by avoiding any kind of physical confrontation from the start. Though there may come

a time when avoiding the situation or de-escalating things peacefully is not a valid option, thus,

knowing how to defend yourself against an attacker may just save your life.

how you’d react in a life threatening scenario unless you’re in the midst of it. Call me paranoid

but this is something that I find myself thinking about; or maybe it’s because my mom watches

too many murder shows on ID Discovery. Either way, I wonder what my reaction would be if I

was attacked in an empty parking lot, for instance. Would automatically go into karate self

defense mode and shoulder throw a perpetrator if they tried to put me into a rear headlock? If

then knee strike them to the head as an attempt to make my escape? Or would I lose every

Like I mentioned before, there’s only so much training you can do to prepare yourself against a

possible attacker when there’s no real threat of bodily harm against you. However, that does not

scenarios as possible, in a safe way, so that if a real threat comes along, your response

Being that I myself am a female on the smaller side, standing only 5’4”, I also wonder if there

are going to be certain attackers that I wouldn’t be able to fight off, even with taking my acquired

self defense knowledge into accord. In most instances, women are going to be pursued by men

in acts of aggression, especially if those women are viewed as easy targets.

While I think that I can put up a fight just as well as any other man, if it’s a question of being able

to overcome brute strength, I know that’s not a fight that I’m going to win. What I’ve come to

RMAI curriculum, there is always room for alternate defenses. So while some people can thwart

off an opponent just with muscle alone, others, like myself, can use alternative defenses to their

advantage where the typical escapes may not be sufficient.

Nonetheless, this is still a scary topic to have to consider. Even if I end up training for another

10 plus years, which hopefully I do, I don’t think there will ever be a time where I’m not

somewhat fearful of my ability to be able to survive an attack against another person if, god

forbid, I ever found myself in that situation. I do know that my odds are better because of my

training and will only get better the more I practice and prepare. Not to get too generic here but

it’s better to be safe than sorry.

Here at Revolution Martial Arts Institute, there is a student creed that we follow and sometimes

recite at the conclusion of class. It serves as a sort of goal reminder of why we train and what

our goals and our responsibilities with our learned techniques are. The third point in the creed

goes like this, “I will use common sense before self defense and never be abusive or offensive.”

art, including ours, I don’t think it can get more blatant than this.